Contributing to this gallery

If you are using dune successfully, please consider to contribute material to this gallery. If you want to do so, you should:
Blood flow 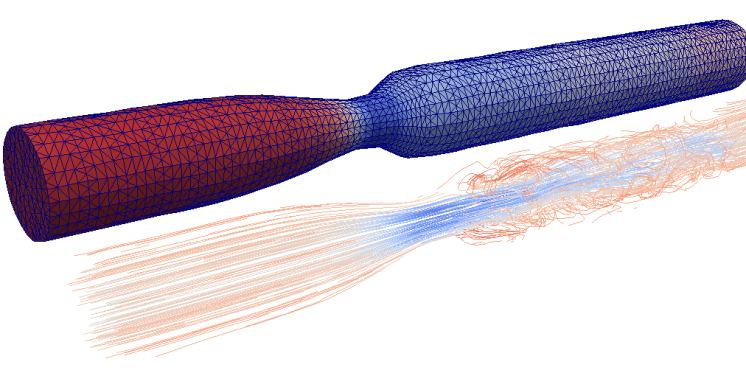 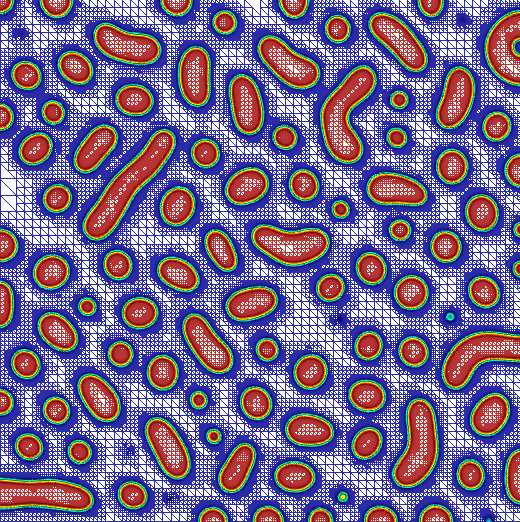 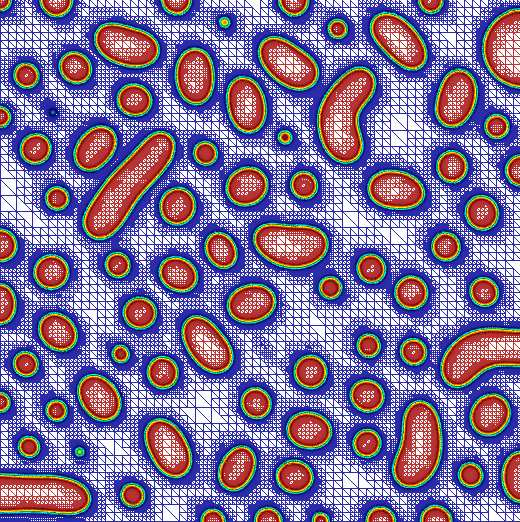 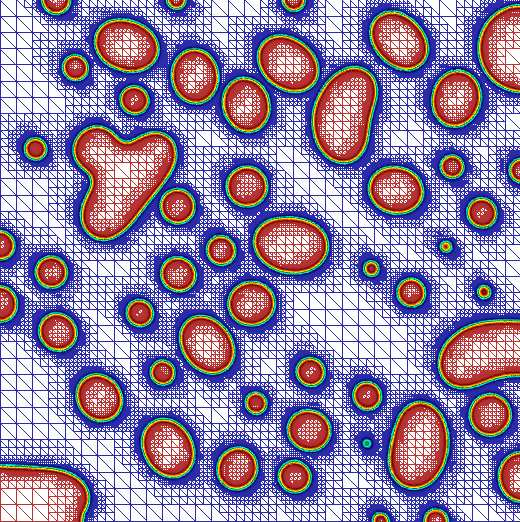 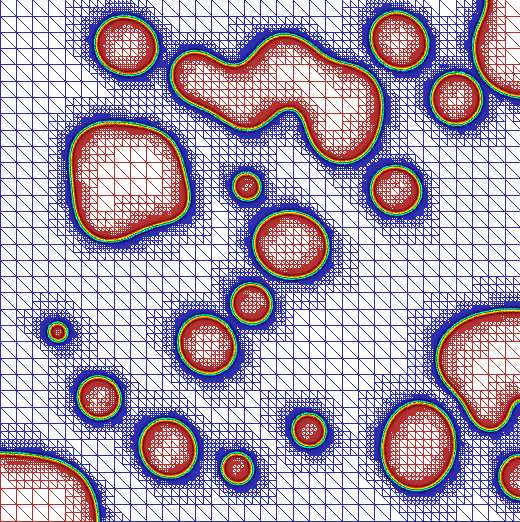 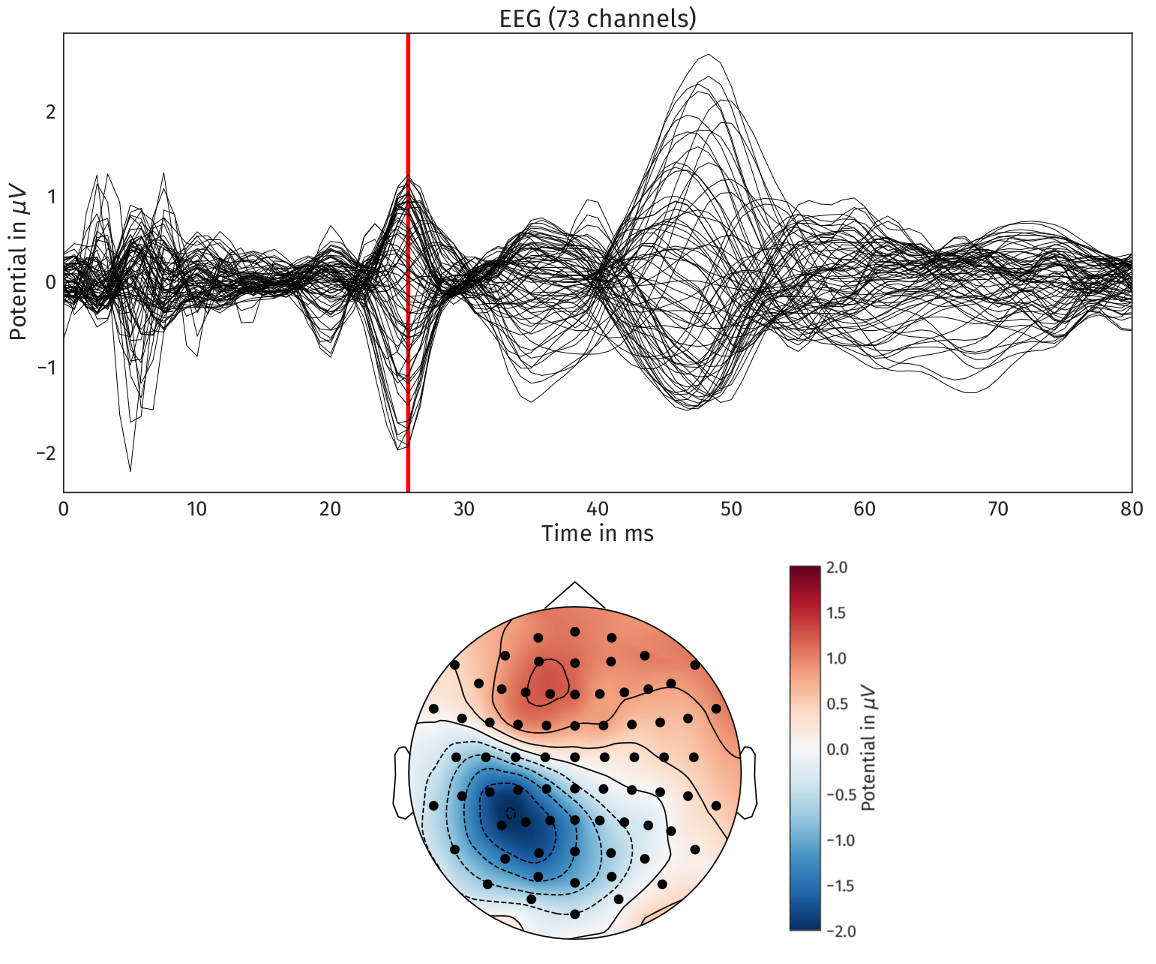 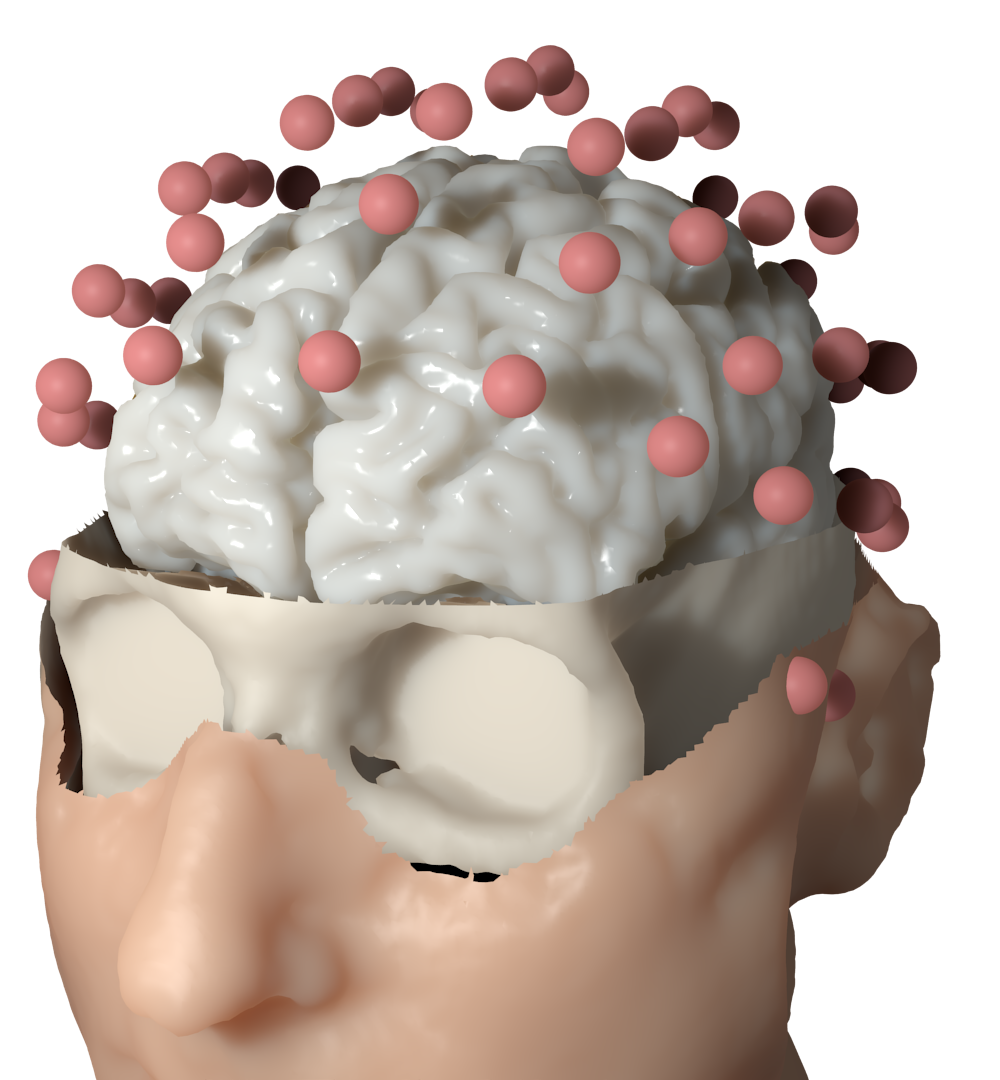 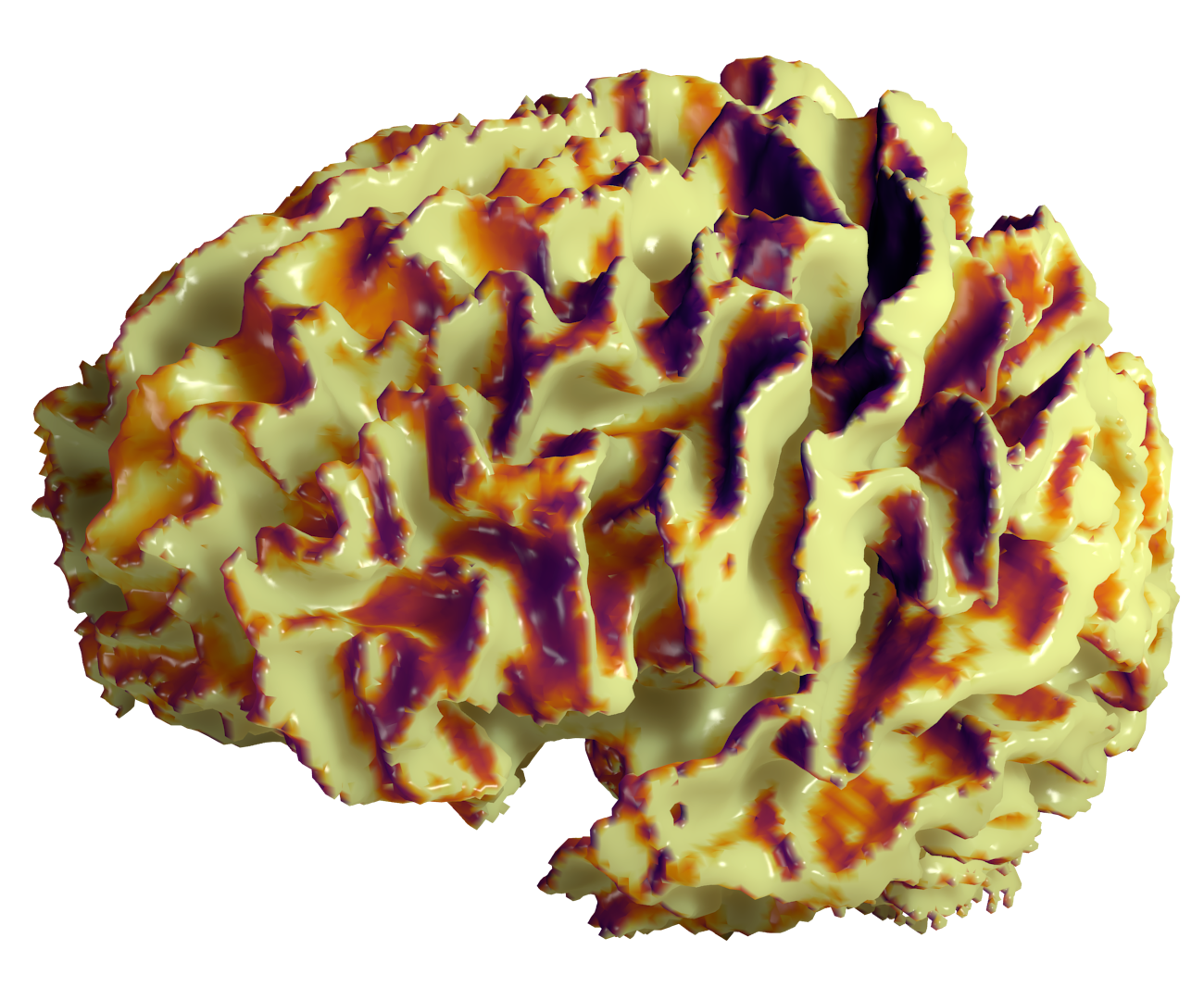 A CutFEM discretization of the EEG forward problem (Nüßing 2018). Simulated with the DUNE based duneuro toolbox.

The geometry is obtained from an MRI scan of a healthy subject, the image is segmented and a level-set description is generated. To avoid problems with creating a geometry-conforming mesh, a CutFEM method is employed which directly uses the level-set information. Using the forward solution given by Dune, the origin of a measured potential distribution at the head surface is estimated. Visualized using Paraview and Blender. 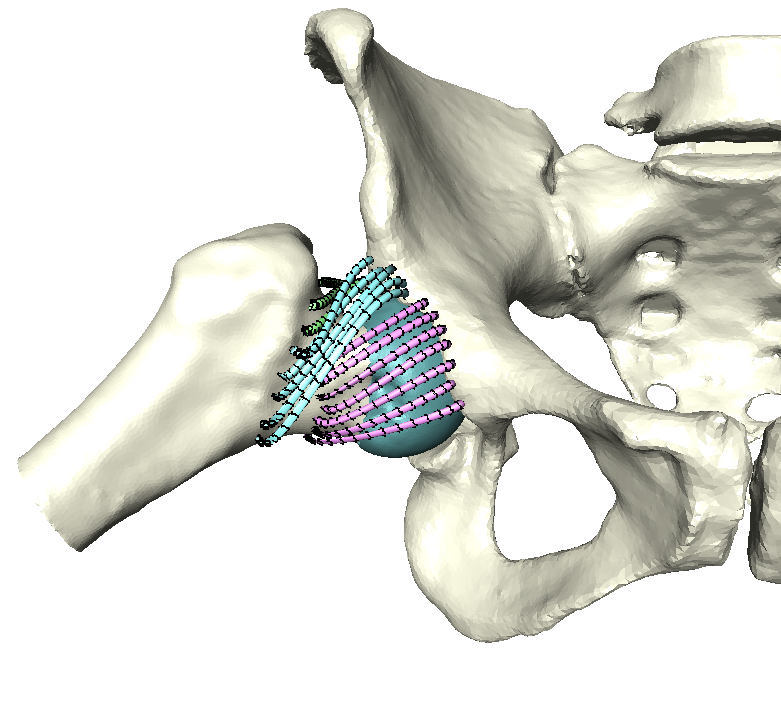 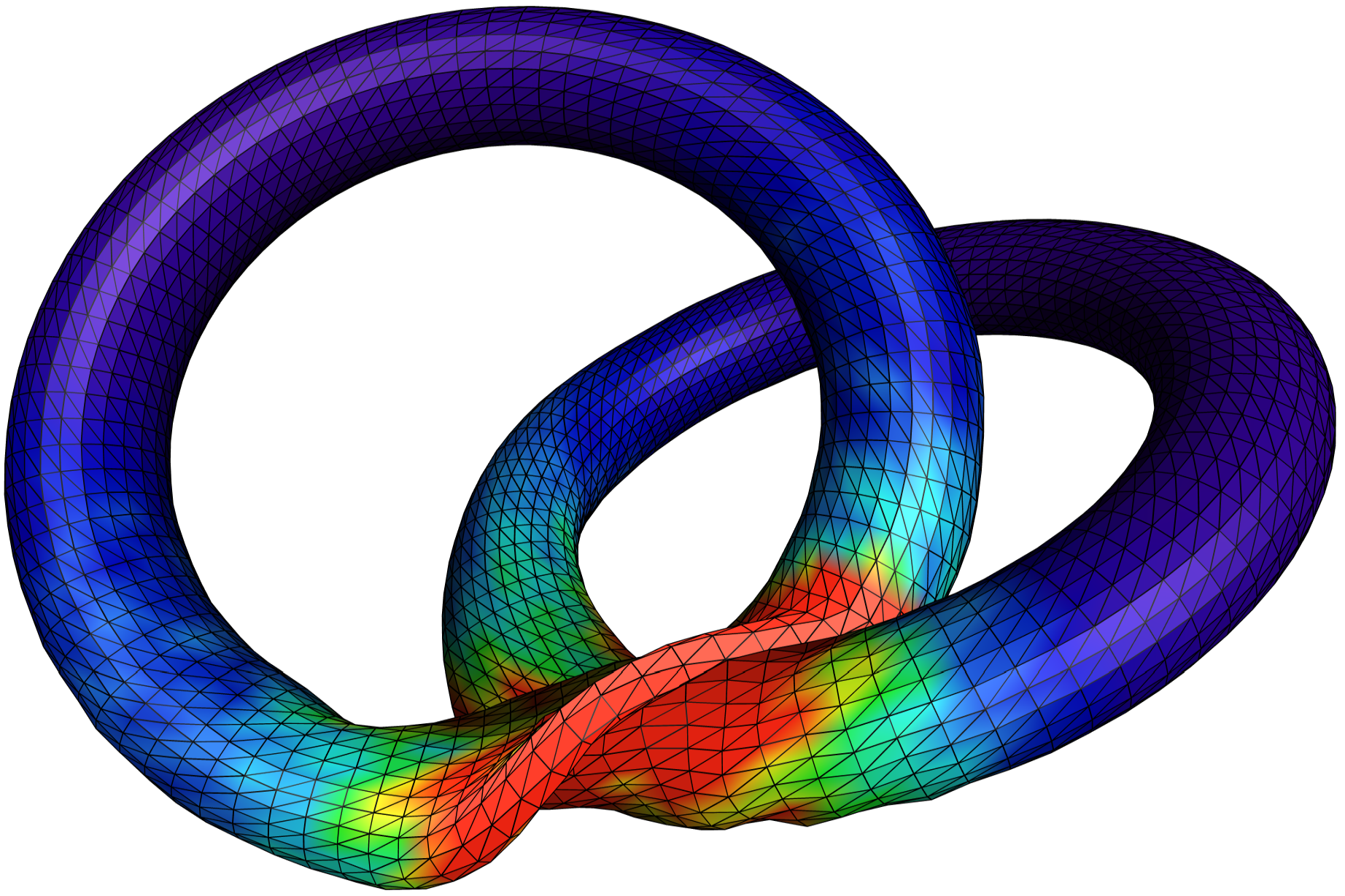 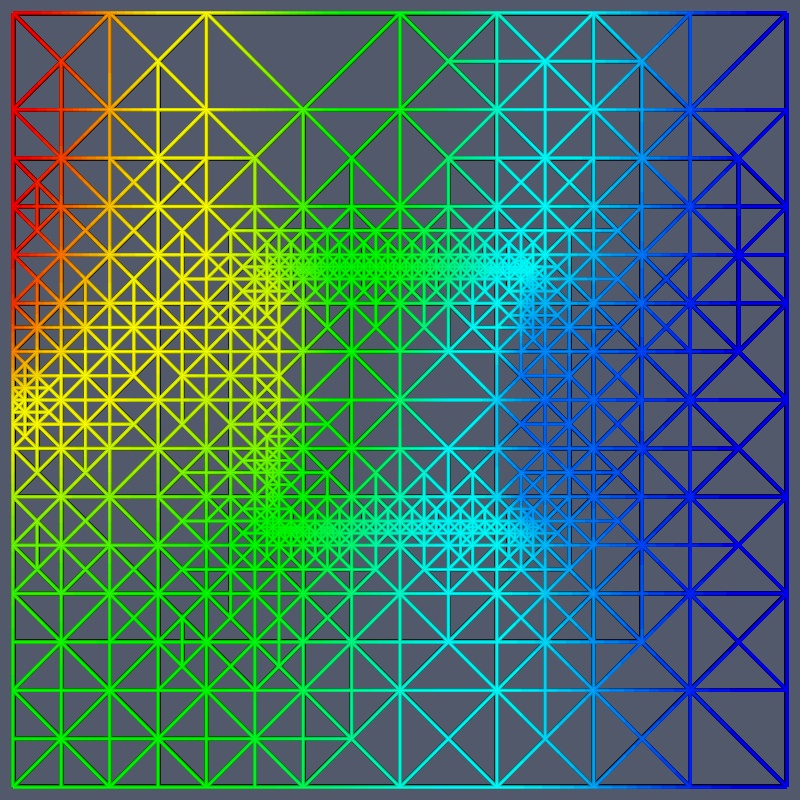 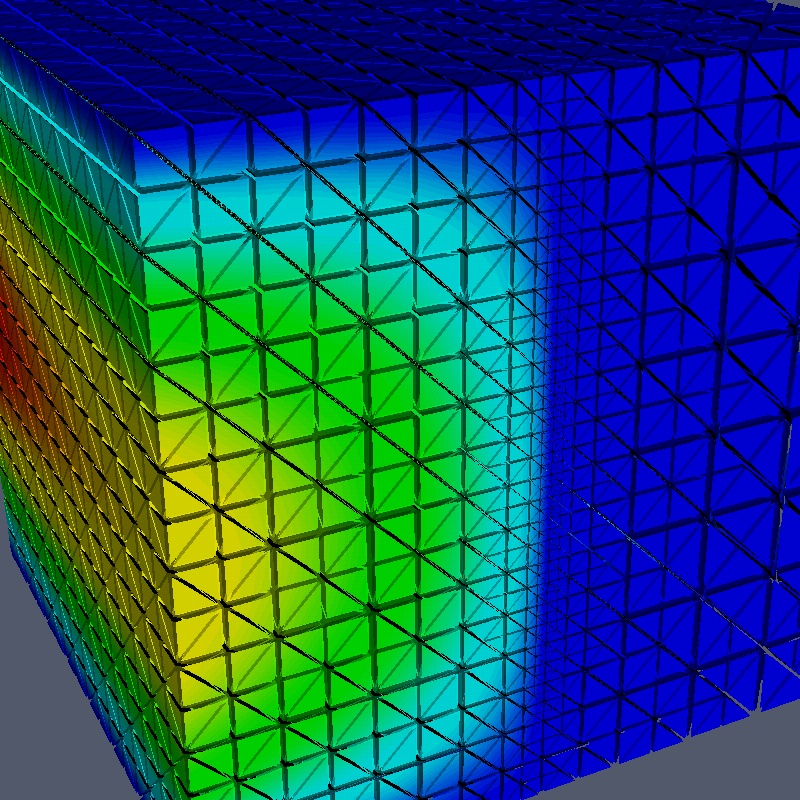 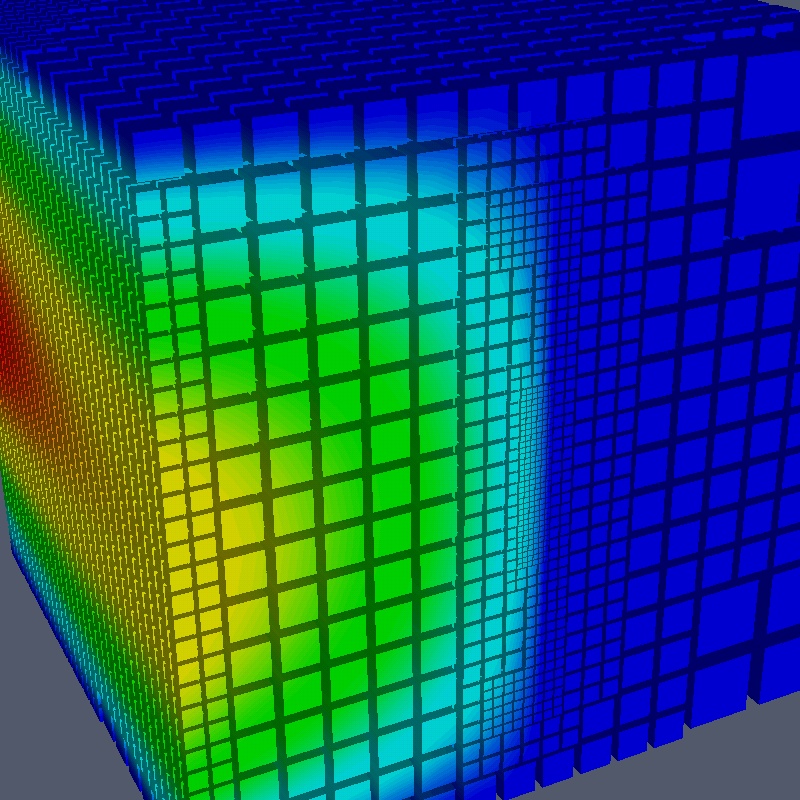 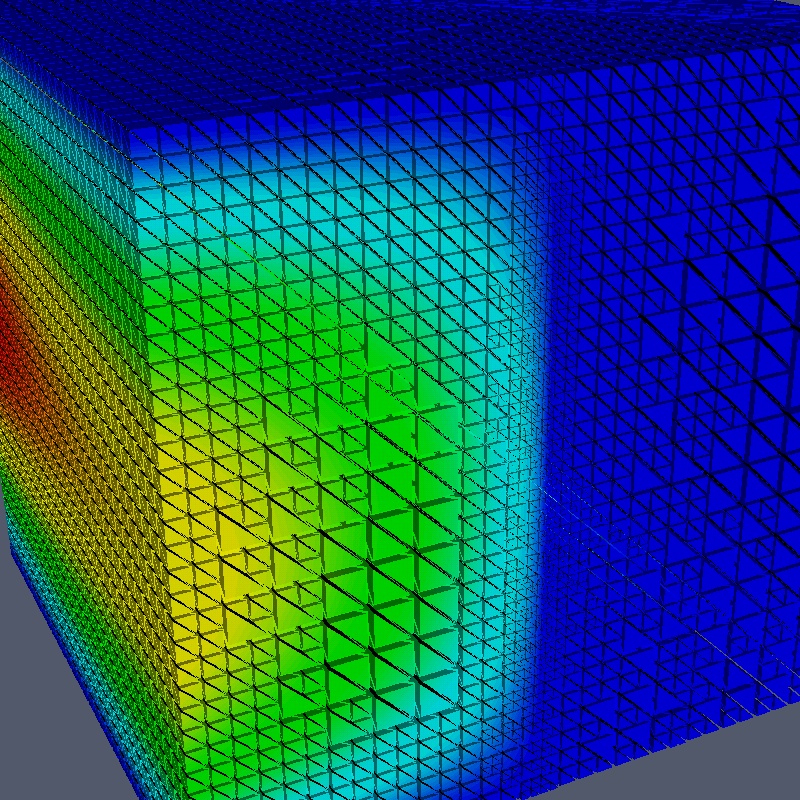 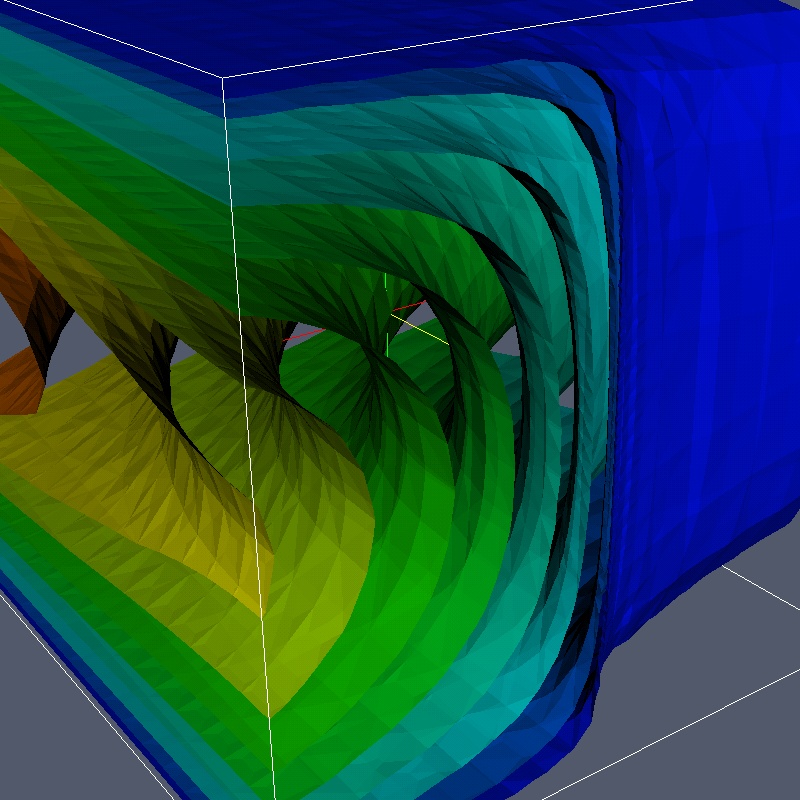 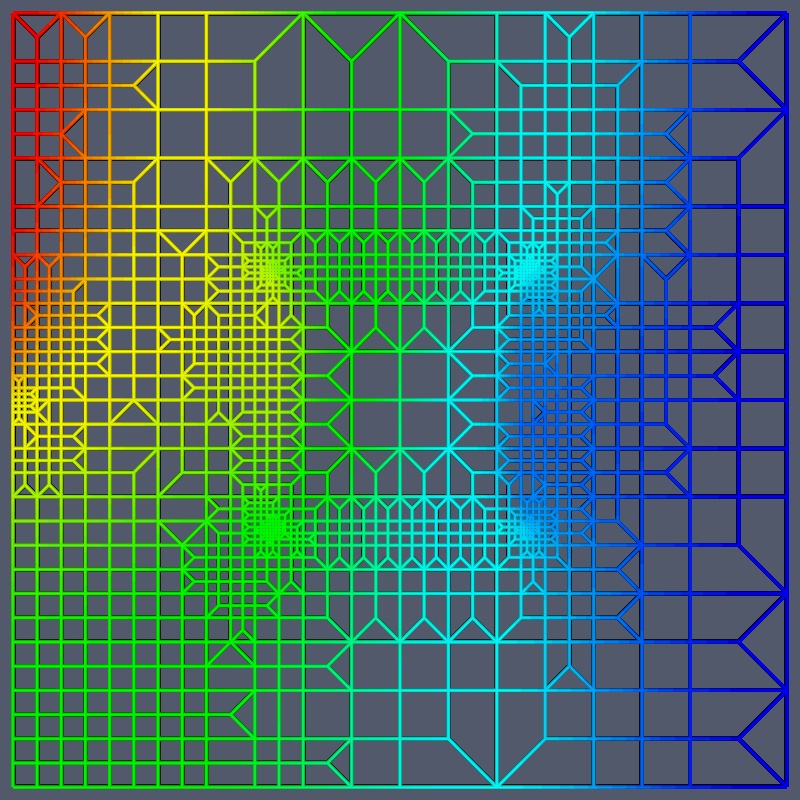 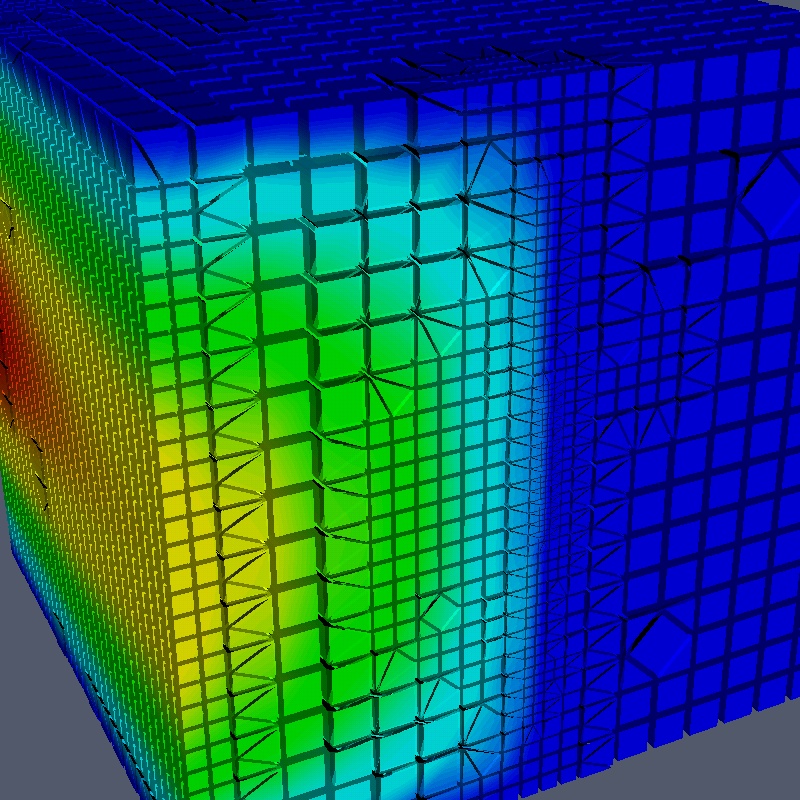 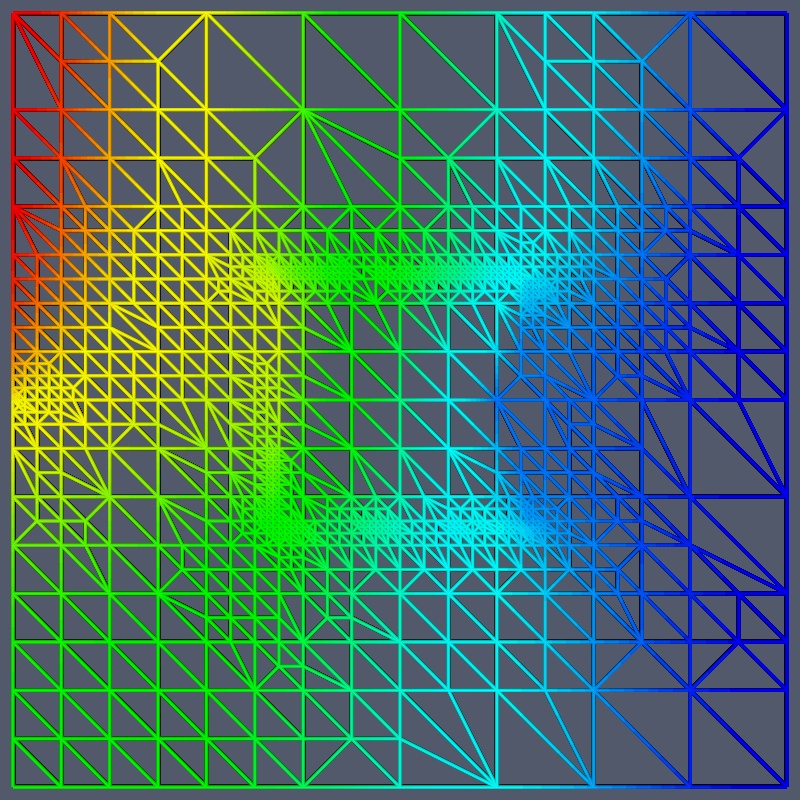 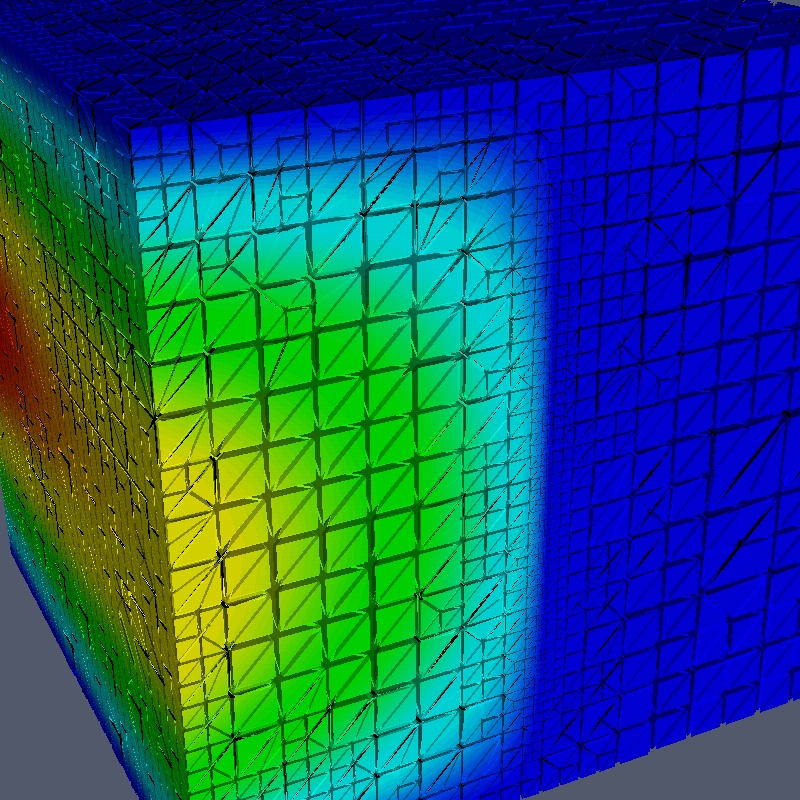 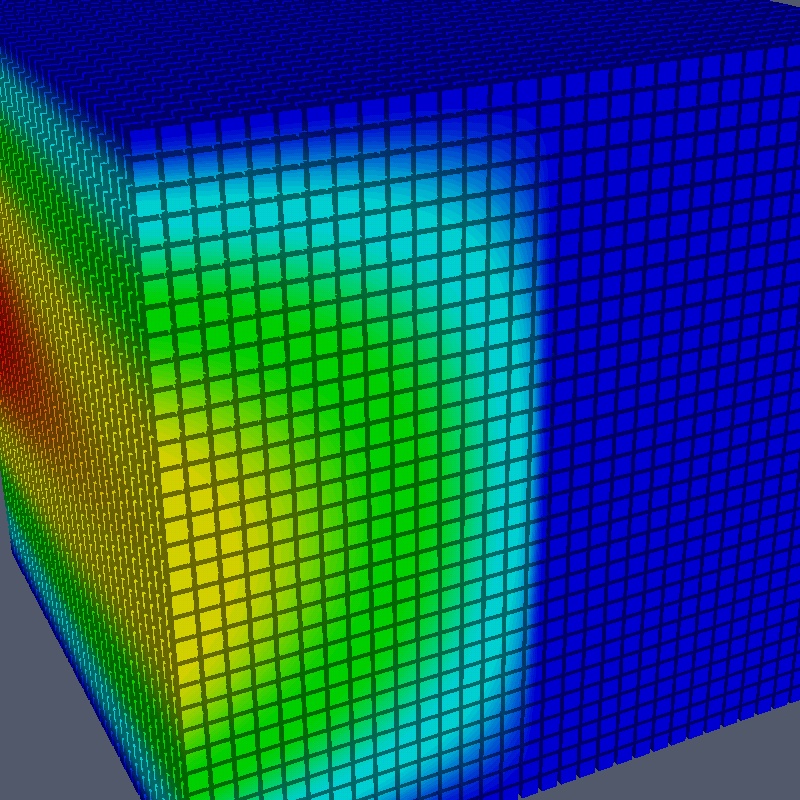 Details can be found in:

From left to right the images show: 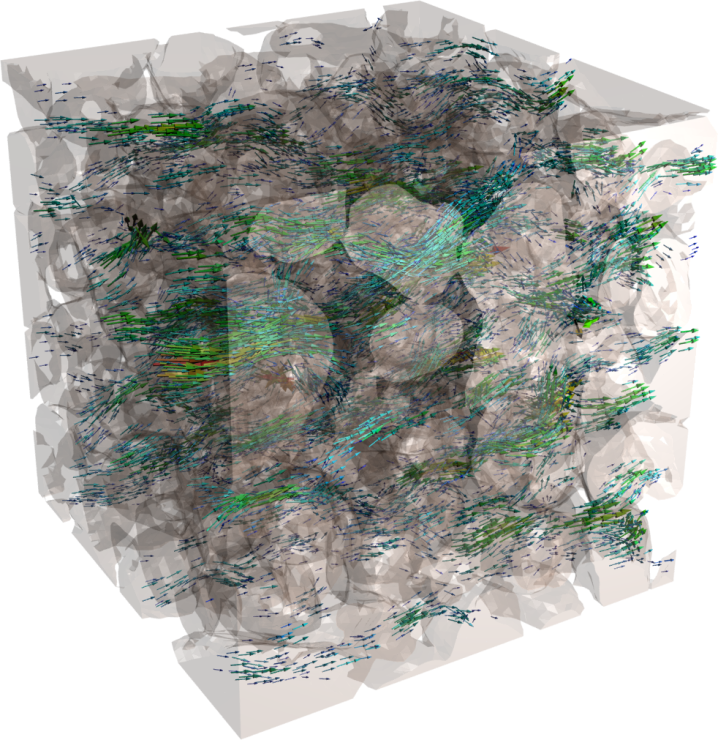 An unfitted dG cut-cell discretization of laminar flow at the pore-scale (Engwer 2009).

The geometry is obtained from a micro-CT scan. In order to avoid meshing problems we employed a cut-cell based finite element simulation using discontinuous trial functions. Solving the flow-field at the pore-scale yields an effective permeability at the macro-scale.

Level-set based cut-cell reconstructions as used in this simulation are now available in the dune-tpmc module. 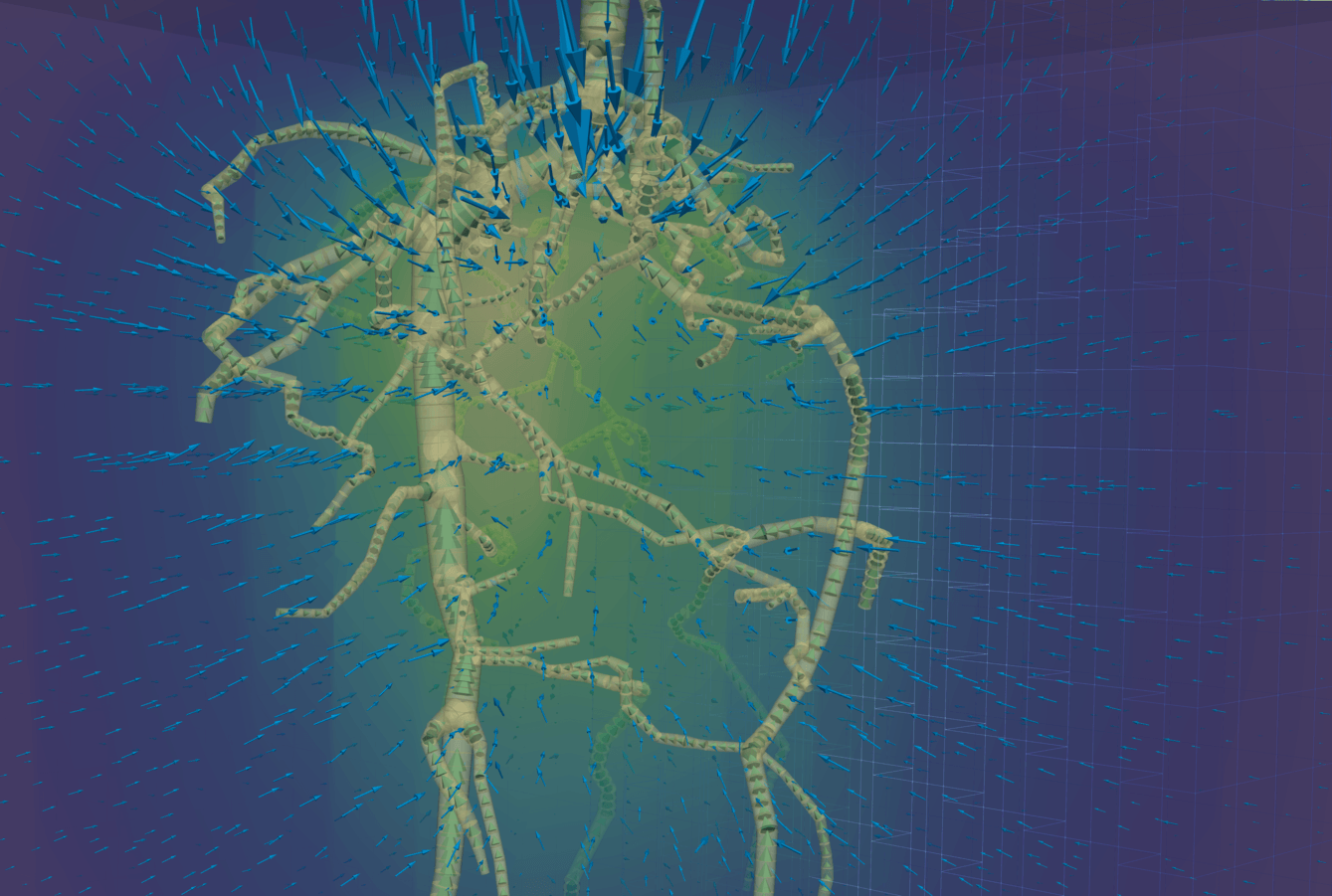 Simulation of the water flow field in the soil and the root xylem of a growing white lupin system. For details see Koch et al 2018.

The geometry is obtained from a white lupin root system. The lighter the color the drier the soil. Arrow visualize the water flow field. Visualized using Paraview. The code used in the publication is available here. 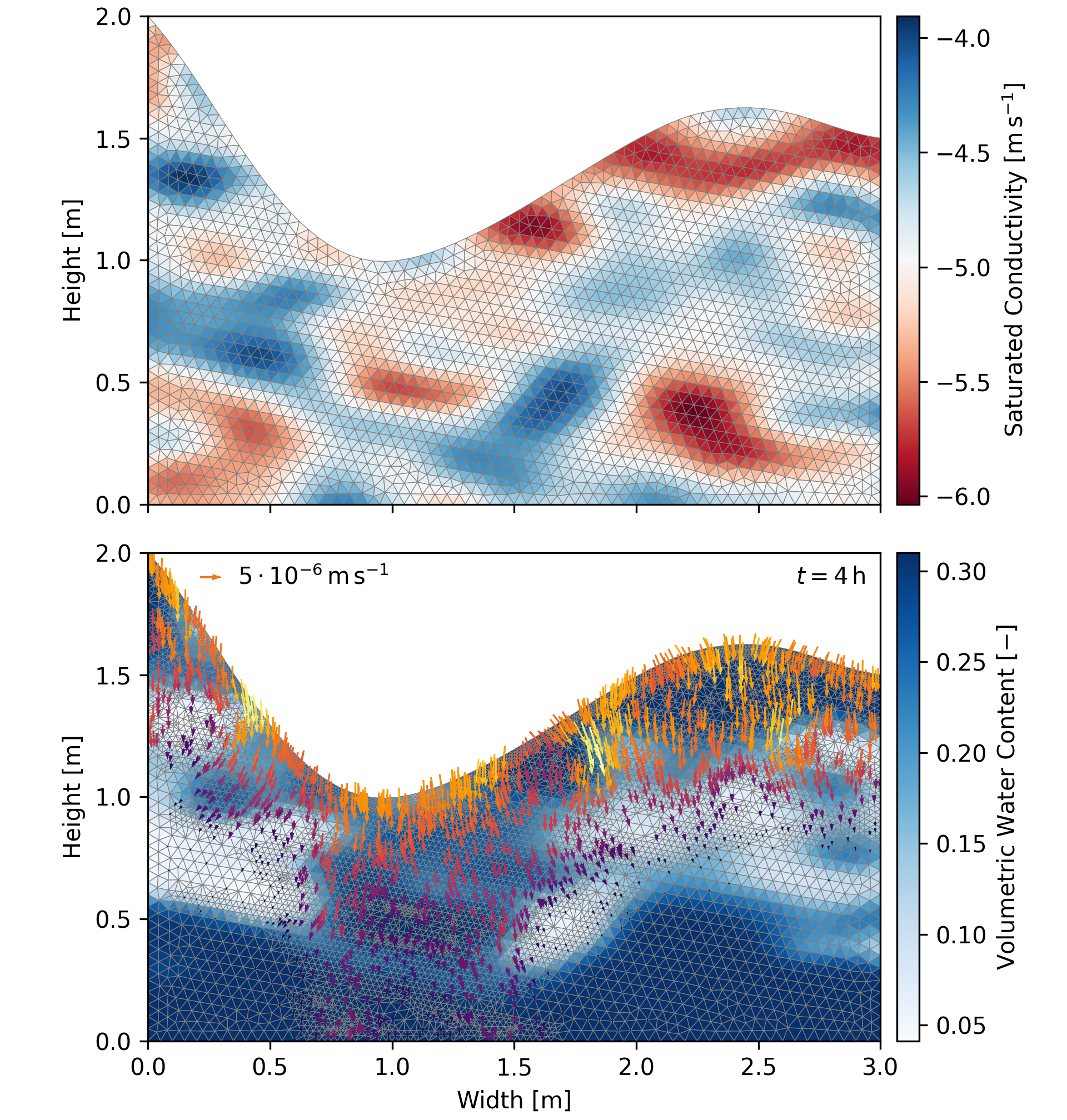 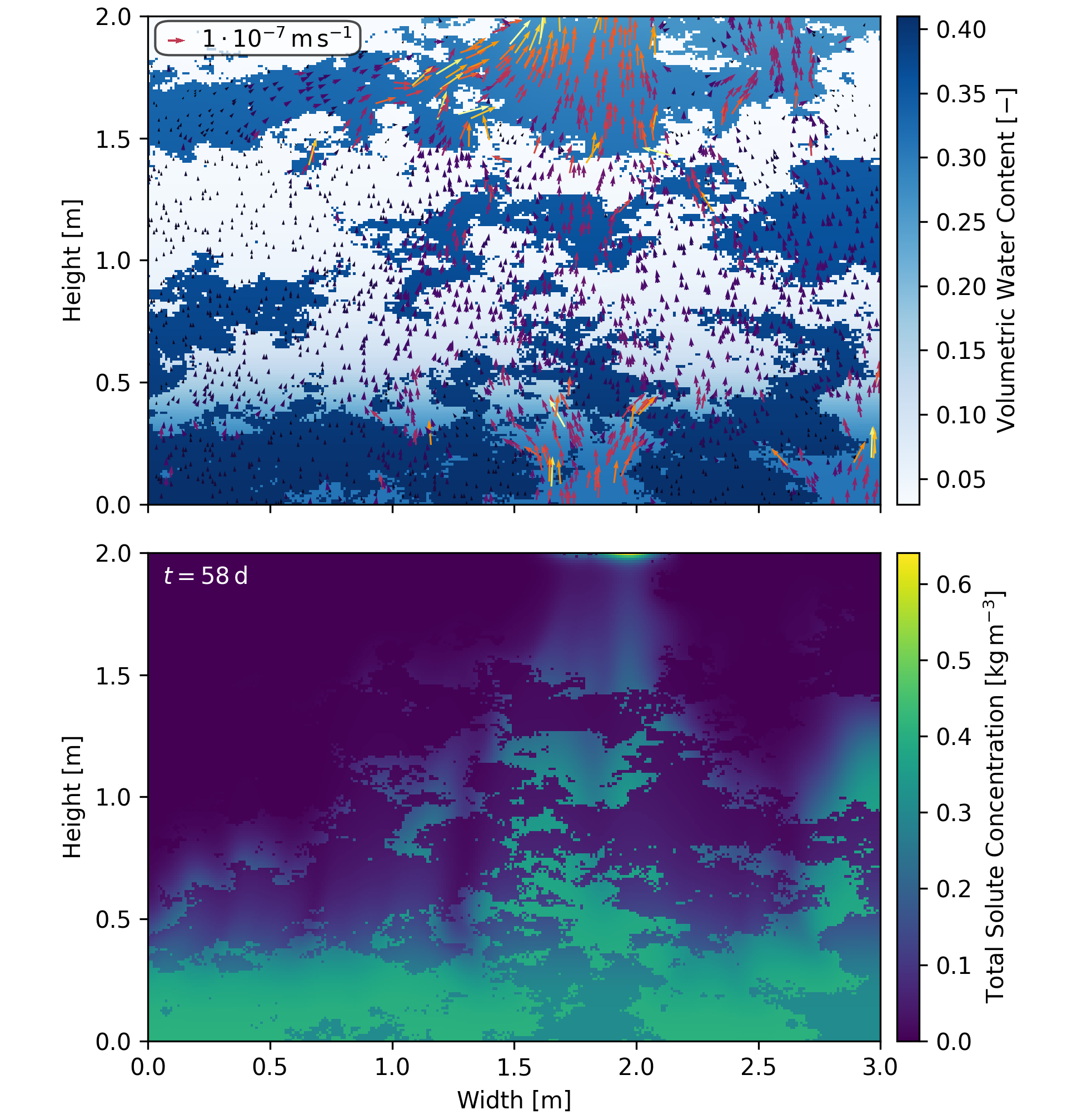 DORiE simulation results for infiltration into a small-scale heterogeneous, hill-shaped domain (left), and for evaporation of contaminated water from a domain filled with a coarse and a fine-grained material (right) (Riedel et al. 2020). 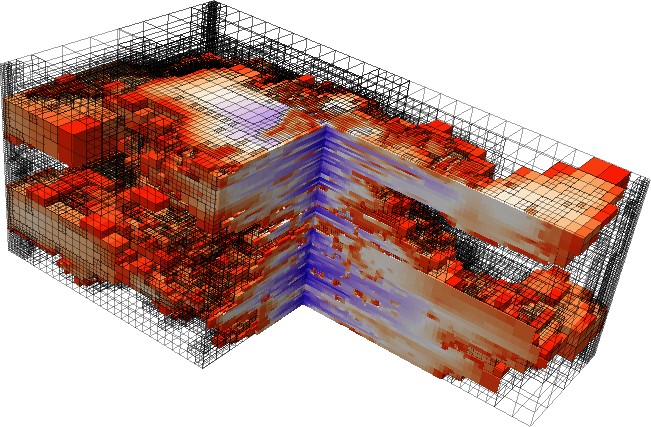 Simulation of a five-spot injection scenario with a strongly heterogeneous domain (SPE10 benchmark) using an IMPES formulation on an adaptively refined grid. For details see dumux.